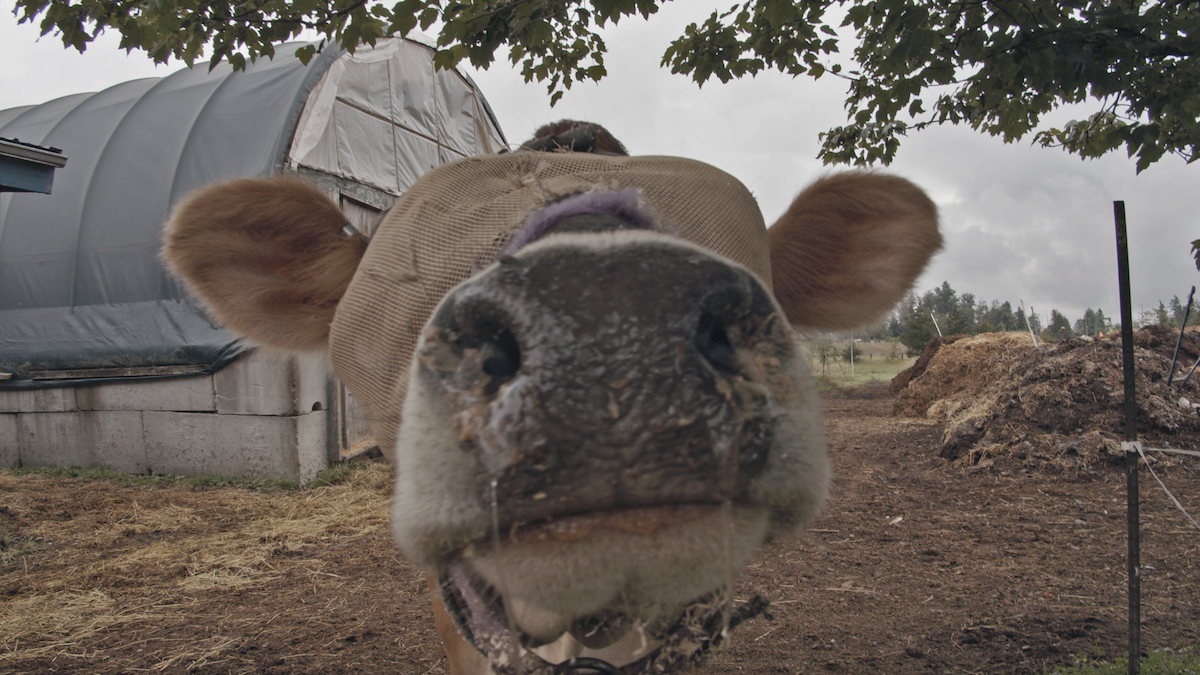 Every morning, over two hundred million Americans prepare themselves for the day ahead with coffee. The US consumes more coffee than any other country in the world (though not, interestingly, if measured per capita—that distinction belongs to Finland), and we drink the majority of it whitened, or “creamed,” and sweetened.

I’ve been drinking coffee habitually since I was fourteen, and have rarely paused to consider the significance of this ante-meridian ritual. It started with eager copies of my father’s morning cup—strong Folgers or Yuban brewed in a cracked plastic Mr. Coffee machine, taken black. Eventually the acidity began to get to me, so half-and-half was added to spare my stomach. Since then, my tastes have expanded—into French Presses, pour-overs, Kyoto-style cold brew, single-origin beans, and more—but my serving style of choice remains the same.

Dozens of documentaries have been made about coffee: its history, ethics, production, how to make the perfect cup, etc, etc, etc. I wanted to make the world’s first documentary about coffee creamer. Why? Because I use it, almost every single day, multiple times a day, and I think that what we choose to put in our coffee says something about who we are.

Coffee creamer also comes to us via a multi-million dollar industry that overlaps with dairy farming, agriculture, and big tech—juggernauts of capitalism, some of which are driving the most pressing environmental concerns of our time. How can coffee drinkers make purchasing decisions that balance taste, mouthfeel, dietary restrictions, ethics, and more? With so much online content arguing for and against any and every conceivable opinion, how can any of us know who or what to trust when it comes to coffee creamer—or any consumable, for that matter?

To explore these issues I talked to a broad range of individuals who intersect with coffee creamer in various ways—baristas, farmers, agricultural researchers, historians, and consumers of all backgrounds. I asked them about their habits and perspectives, and how those formed. I structured these interviews more like conversations—the freewheeling, let-your-guard-down type that one might have over a late night espresso to sober up after too much wine—and allowed participants to drift into whatever topics they wished. This yielded some astounding stories and insights that I’m proud to share with the world.

With that said, I hope this isn’t seen as your typical “socially conscious” documentary. I’ve given myself permission to creatively riff on the subject matter. I’ve also tried to embed my personal values into the making of the film. Here are a few considerations that have defined my approach:

Doc, Essay, or Drama?
While most of the film resembles a traditional documentary, scripted passages are also included for tone, and to dramatize information I discovered in research. Other narrated sections owe a significant debt to essay-films by Chris Marker, Alain Resnais, and John Berger, among others.

I’m not a journalist, but I also love BBC documentaries, particularly from the 70s and 80s. This one on Dutch artist Hieronymus Bosch carefully blends personality, drama, and information in a manner I continue to find compelling. I consulted it frequently while making What Should I Put in My Coffee?.

It’s personal, not political
While my point-of-view is transparently and unapologetically critical of capitalism and consumerism, I’ve tried to create an open-ended inquiry that can stand apart from many food documentaries that promote a specific agenda. (Think: Eating Animals or Food, Inc.) This isn’t an exposé intended to change consumer’s minds with irrefutable evidence. I’m more interested in examining how consumers make up their minds in the first place. So you won’t find too many data points or infographics about how dairy contributes to global warming in the film. You will, however, hear consumers, farmers, activists, and others explaining their beliefs and values, and sharing the experiences in early life that shaped their opinions.

Ethics, not politics
My film is not about factory farming, nor is it about humane labels. It is not about bogeyman ranchers or legislators that need to be dealt with so that the food we eat might become ever so slightly more compassionate than it was yesterday. My film is about the big, fat assumption that lies at the very core of animal agriculture: namely, that it is permissible to cause other sentient beings pain and discomfort because of the immense value we can yield from their bodies. Some ethicists even refer to domestication as a “contract” between humans and animals that gives us the right to eat them (and their products) in exchange for food, shelter, decency, etc. This contract has been argued over for millennia, and the conversation will likely continue until we reach the point where all animal products are lab-grown and lack central nervousness. I have tried to take the long view, in other words; I don’t want to inspire specific gestures of activism so much as to put people in conversation with a deep and questionable legacy.

Marginalized Voices
I’m a white, heterosexual cis-male. One of the many sociopolitical advantages I enjoy is the ability to express thoughts and opinions freely with the expectation that others will listen. I wanted to try to balance my privileged perspective by emphasizing the voices of groups to which I do not belong. I interviewed more women than men, and I sought out as many opportunities as possible to speak to people of color.[1] My intention wasn’t to ask these individuals to speak for the greater populations to which they belong, of course; I only wanted to ensure that the chorus of voices in the film erred on the side of diversity.

Producing What Should I Put in My Coffee? has truly been a labor of love, curiosity, and obsession. It is a public record of my search for meaning within our tangled food system—and much like our food system, the finished product is far from perfect, with many questions left unresolved. I believe, however, that the conversation to which it contributes is critical and timely. I hope we never stop discussing, debating, and deliberating the merits and shortcomings of what we put in our coffee.

1. African Americans, as a recent New York Times article explained, are not often associated with environmental engagement, for many complicated reasons—stereotyping among them. After I read this article, I reflected upon how few environmentally-related documentaries I had seen with black interviewees. I intended to break with this trend in What Should I Put in My Coffee?. Mainstream media is also guilty of “whitewashing” veganism more generally, despite the movement’s strong diversity.